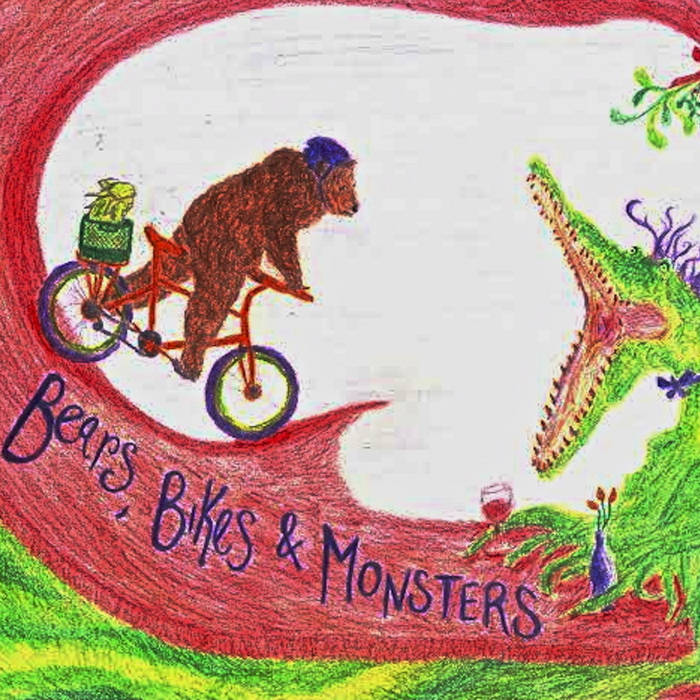 Bears, Bikes & Monsters is a collection of four songs that were conceived between the years of 2012 and 2016 as Josie wandered into the infamous lands know as Your Early Twenties. The songs have been described as "creepy-cute" and are known to get stuck in your head for a day or two. Magical realism, existentialism, modern-day romance -- it's all in there. To Josie, these songs feel like old friends that sit in her throat and come out to play every once in a while when a guitar is passed around. She's pretty sick of them by now, but other people still like them alright.

During one of these guitar passings, a new friend was in the room. His name is Steven Yardley and he did one of the nicest things a person has ever done for Josie: he recorded and edited her songs. That was about a year ago, and it's taken Josie that long to stop procrastinating, start writing about herself in third person, and create a page on Bandcamp.

In many ways, the music you hear is simple. The ideas come from lone walks reflecting on a day in the life of a girl in the world; the lyrics spawned at random through the joy of arbitrary rhyming. Add in a few basic (but brilliant!) guitar chords and, "Hey, wanna hear a song?"

Anyone can do it. And that's the point. Josie hopes that Bears, Bikes & Monsters inspires other folks to express themselves through song and diddle -- because the truth is, it's a fun thing to do.

Bandcamp Daily  your guide to the world of Bandcamp

Featuring Oakland sounds from the Smart Bomb collective and Samplelov.